Zebra Danio: A Complete Guide For Caring And Breeding

If this is the first time you own a fish, you will do well with the Zebra Danio. This fish is hardy enough and the requirements are not special. They are quite common and relatively cheap. They are a favorite of mine to start most community aquariums. Zebra Danios naturally originate from a part of India and Bangladesh. In the nature, they could be found in South Asian countries such as India, Bangladesh, Pakistan, Nepal and Myanmar. Because of their being easy and inexpensive to raise, they are commercially bred in industry and available everywhere on the world.

The Zebra Danio is the most popular of the Danio family, Brachydanio Rerio. You can recognize the Zebra Danio by its slender look, the olive/brown color and by the blue streaks, which go from one end to the other. There are two fin forms: long and short. Both types could swim very fast in aquarium but the long-fin Danio swims a bit slower than the short-fin. Zebrafish are very useful in scientific researches of cloning and transgenic technology. The first GloFish on the market is genetically modified Zebrafish which can emit florescent light at night. Generally Zebra Danios live in waters not much deep so a long yet shallow tank would be perfect. At least a 10 gallon fish tank is recommended for these active swimmers. Plants should be placed on the sides and back of the aquarium so that plenty of room in the center is left for the fish to swim. Decorate modestly with a few rocks or driftwood.

Since this species likes the top of the aquarium, make sure they got enough space in that area to swim. They will also enjoy swimming fast. Since their speed is sometimes high enough for them to jump out of the water, the aquarium should have a lid in place.

Zebra Danios should be housed in groups of three or more with other peaceful community tank residents of similar size.

Whilst tolerant of a wide variety of water parameters, the Zebra Danio does best in slightly acidic water, pH 6.5-7.2, yet fairly soft too. They can accept a large temperature range as well, anything from 64 to 79°F (18-26°C). They tolerate cooler temperatures well and can be kept in an unheated tank.

Lighting, fertilizer and CO2 should be added in accordance with your plants' needs. Filtration needn't be too ferocious and a Hang-On-Back filter should suffice in the majority of cases.

They are peaceful fish and can live together with other species in community tanks. Their speed will keep them out of trouble and they are rarely aggressive against others. However, because of their agility, they easily catch newborn babies of other fish (Mollies, Swordtails, Guppies…)

In the wild, this fish doesn't coexist with a great number of species. It is a skittish fish that will remain hidden in the presence of larger tankmates. It will be less timid and you'll see more of this fish if you include other similarly sized or smaller species. When kept in large groups, this fish is less timid and displays better colors. A shoal of Zebra Danios looks exceptionally impressive.

When it comes to its diet, this fish isn't a fussy bunny. They will accept a wide variety of small live foods, such as bloodworms, insect larvae, brine shrimp nauplii, and Tubifex worms, as well as freeze-dried, frozen and flake foods. They accept most flake foods although it would be a good idea to grind the food between your fingers to make it smaller for them.

Like many small aquarium fish, the Zebra Danio will find small invertebrates to snack on as well as algae, though don't expect it to control an algae problem. Supplement their diets with parboiled romaine lettuce and foods that contain Spirulina. 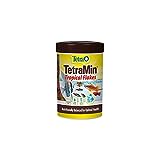 It is difficult to distinguish between male and female Zebra Danios, both genders have the same stripes which walk along their body. Females are fuller-bodied and larger than males and have more subdued coloration, especially when they are pregnant.

An interesting fact about Zebra Danios: they are very loyal to their mates and stay with them for life. Usually, if they lose their mate, they will not choose another. The best way to obtain a mating pair is starting with a school of a half dozen or more young Zebras, and allow them to choose their mates.

The Zebra Danio is an egg scatterer, which isn't particularly difficult to breed in an aquarium. The fish should be conditioned with a varied diet that includes live food prior to breeding. There doesn't appear to be any seasonality to their breeding so no temperature changes are necessary.

Breeding is most successful in shallow water (4 to 6 inches deep) in a densely planted aquarium (either artificial or live plants are fine). Larger grained gravel for the substrate is recommended to increase the chances of hatch. The spaces among the gravel will protect the eggs from their parents. Use a gentle air-driven sponge filter to keep the breeding tank well filtered.

Place the breeding pair in the breeding tank before spawning. After a rigorous courtship, the pair will spawn in the early hours of morning and will produce between 400 and 500 eggs. Don't forget to take the adults out of the tank after they breed, since they will eat the eggs. They're actually well known for this type of behavior.

It takes around 3 to 4 days for eggs to hatch into very small and dark-colored fry. You may not spot the fry at first glance as they tend to spend most of their time at the bottom of the tank. You can expect to wait a further 3 days before the fry become free-swimming. They won't reach adult size until they are at least 3 months old.

As soon as you think about breeding your Zebra Danios, you need to make sure you have everything you need to feed the fry at each stage of their development. Infusoria and micro worm are both good for this. Algae and microscopic inverts are naturally present in the aquarium but worth supplementing with foods for fry.

The ease of reproduction and popularity of this species will sustain its inclusion in the aquarium hobby for years to come, be it by amateur or commercial breeding projects.